All posts tagged with "beta" 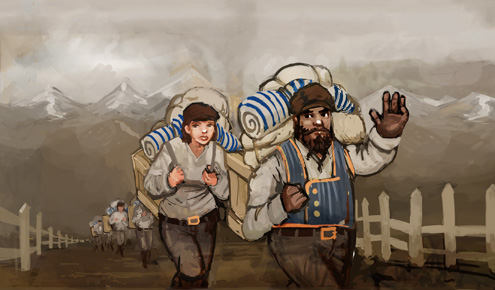 Here at Gaslamp we’re in brain-rending beta vortex of madness mode. I’ll try to piece together a couple thoughts at the end of the post, but first a couple more previews:

From Gamer Credentials : Dungeons of Dredmor Preview – suddenly diggles, thousands of them!

It’s hard to believe, but just about a week ago Daynab (a Dredmor beta tester) wrote up this quick preview of Dungeons of Dredmor. All I’ll say is that he’s been a big help and Dredmor has come a huge distance in this short time.

Paul Soares was good enough to make a video of Dungeons of Dredmor gameplay for his Indie Test Drive series in which he gives a good introduction to the variety of ways to die in the game. Check it out:

And how about a word on Beta and Crunch?

These are exciting days at Gaslamp Games. Publicity is kicking up momentum and the game is nearing completion. A handful of sites have been writing previews for Dungeons of Dredmor (hey, if you’re a writer, drop us a line to the contact email in the sidebar). Our beta testers have been furiously breaking things as well and I’ve got a few thoughts on that to share.

And here’s a diggle.

But let’s have a look at those previews first eh? The State of the Dungeon

I have answers for a few questions that may be kicking around. Read on! (And here’s an image of various skill icons to distract you.)

So how is Dredmor coming along?

More slowly than we hoped, but steadily.

It’s a beautiful thing how much this has come together. I can see it looking back just a week — and two weeks, a month, the changes are huge! We have a real game here which is almost ready.

What’s new in this version? Oh, all sorts of things: new stairs that aren’t awkward, custom scripted rooms (which means we can do Very Silly Things), lots of UI polish, lots of new dungeon content, many more varieties of monsters — and spellcasting monsters.  Tons of bug-fixes. Lots of new sounds. Players actually getting to level 4 or 5 of the dungeon. Lots of new things.

We’re confident enough to start sending copies out to a couple press outfits and we’ll be mining the beta list for testers as soon as we figure out a protocol for all of this.

Yeah, it’s all a bit of a blur right now. My mind is still decompressing from this last crunch cycle. (And shall be back at it soon enough, I assure you.)

So here, have some pictures. We have all kinds of tooltips loafing around our UI just waiting to fill your head with baseless hearsay and conjecture.