All posts tagged with "Science"

Clockwork Empires February Update: All According To Glorious Design 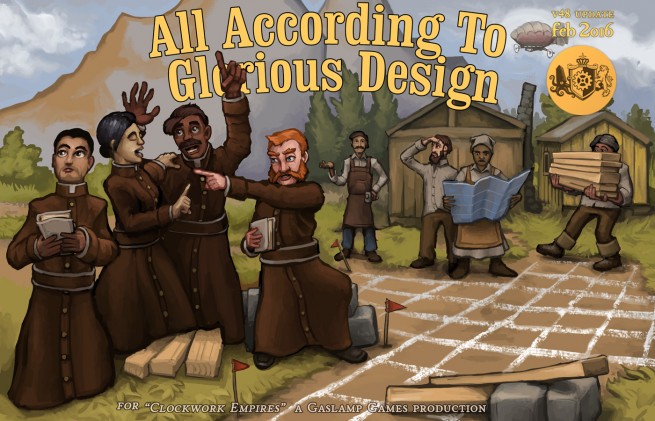 We have also updated our Clockwork Empires: Development Progress Report! It contains the wondrous annotated changelog.

The Diary of Millard Brazenwhistle, Naturalist

It’s been a busy week with the big September update – “Conscript Steelcog versus THE MURDERCULT” – launched yesterday. Let’s explore a little of the new tropical biome introduced in the update by reading some excerpts from The Diary of Millard Brazenwhistle, Naturalist.

Millard Brazenwhistle came to the Colonies seeking to build a new life on the frontier. He worships at the altar of celestial order. He has pledged allegiance to the Queen. He was born in the 47th year of the Reign of the Queen. Millard Brazenwhistle is a fine specimen with a stance neither above nor below that which is appropriate. Friends: Sadly, none.

Millard Brazenwhistle is an Enthusiastic Amateur who likes dabbling in things he’s not very good at. He is a Industrious, believing that idle hands do the work of terrifying eldritch powers. He is a Pioneering Spirit who is happiest outdoors and works well with animals, dead or alive. He had an unpleasant journey to the Colonies due to a fear of airship travel.

“It’s just so bloody far to the ground, I don’t see how everyone can just pretend that we might not go tumbling to our death at any second.”

“We were dropped off by airship in the middle of the jungle. The fishperson must have been as surprised as we were! Our brave soldiers gunned it down quickly before it could alert its fellows of our position. Mrs. Clucksworth is unsettled by this unknown biome and accompanies me everywhere.”

Posted in Clockwork Empires | Tagged a naturalist's lot is not a happy one, Does Sim4 have fishpeople? Didn't think so., either you eat the fishperson or the fishperson eats you, fishpeople I knew, hip hip hooray for the brave men and women of the Colonial Regiment, is it fanfiction when we write it?, Mrs. Clucksworth has probably been eaten, naturalism, oh hey the fog code is turned on again, Science, the Colonial Regiment were slightly late because they had to finish building gabions, the small mysterious stain on the carpet of Innsmouth, the unusual blemish of Innsmouth
10 Comments