Today we’re working on murder! Yes, it’s a lovely staple of Victorian gothic horror, particularly the madness of contemplating and planning the act, the dread of the murderer, and the horror of the crime after the fact. It’s all very appropriate for the setting of Clockwork Empires, so of course we shall embrace the act of murder with all the Victorian sensibility we can muster (and sneak in a lovecraftian twist whenever possible). 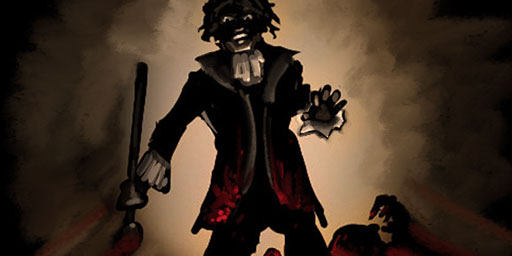 Well, this is most awkward, isn’t it?

The problem with murder, however, is that you can’t just have people going around murdering one another. It’s simply not interesting because you’re removing the interesting moving pieces of the game.

Murderers need a motive. It’s best if these tie into core gameplay mechanics that players interact with because there’s not much point if a colonist shows up looking for blood just because. We’re making a game here, the question is always “what’s the player gonna do about it?”. So the motivation for murder has to be in response to problems players can solve – or keep from happening.

I won’t list every possible motive, but one of the most direct is hunger: a colonist gets to the point of starving where it’s either they die or they kill. The character of a colonist will generally determine which way they’ll go. It’s up to the player, of course, to keep people well fed enough that it never comes to this. 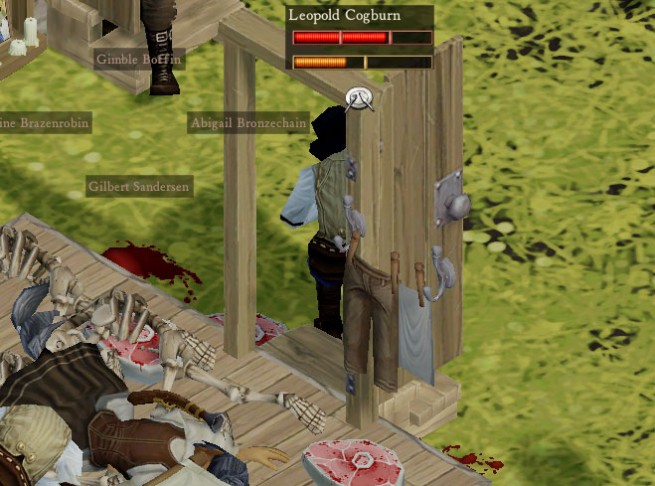 As said, there are more ways for this to happen but we’ll let you find those out for yourself. Wait … no, one more.

Before today, the ‘vanilla’ murder sequence was a bit of a Tornado Problem in that it’d come from the sky with no warning. Well, little warning. It required a colonist that’s angry and maddened and made a really (un?)lucky roll.

So Chris is fixing this up for us! The conditions for murder will now instead trigger a “contemplate murder” job which will make a murderous thought-bubble appear. If this builds up enough, if in-fiction the murderer comes up with their plan or psyches themselves up enough, then they can begin murdering. So instead of a tornado, you can spot a murderer coming from a ways away and try to deal with the root problems causing them to be upset enough to contemplate murder. Or not; whatever.

Technical aside: It can get fairly involved to sort out murderer from victim from witness. You have to give each party an appropriate memory and appropriate tag. If a murderer is witnessed, they get automatic Frontier Justice. If not … more on that in a bit.

A conversation this morning prompted a solution to a hitch I was having in pushing memories to the bystanders who witness murder. So: we ping out a “murder witnessed” event to all characters in a radius upon death. If a character is neither the murderer or murderee, then they’re a witness. Easy! They can report the murder and be appropriately upset.

Wait, but what about the attack in the first place? It’s not like everything should be dandy up ’til the killing bow. Okay, new plan: spit out a “witness” ping when one colonist attacks another, do the same check. If the attack is witnessed, then create an alert, create one of those invisible alarm beacons that soldiers will automatically rally toward.

The problem of murder mysteries

So what if there is no witness?

It seems like a cool idea at first to hide the fact of a murder taking place from the player, or at least attempting it. Yes, we discussed the spirited effort that Dwarf Fortress makes at hiding mysterious deaths. This can get extremely complicated, particularly when it asks the UI to lie to the player and for game systems to track a different assumed state of affairs from the actual state of affairs — take, for example, an overseer’s workcrew. Were you to assign an overseer who is missing (and certainly murdered) to a new workshop, there would have to be a secondary path to assign proper jobs to all the labourers and … no, this is Bruising The Fat. 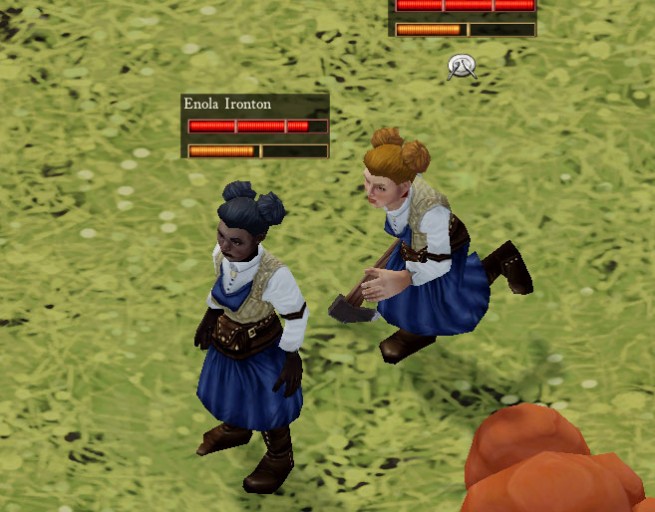 We can, however, hide the fact of the murder from the in-game authorities. And maybe you know that this colonist is the murderer, but there were no witnesses so you can’t pin the crime on them. If you order Frontier Justice, it’ll look arbitrary and tyrannical. What do you do?

(I know what I just did – I just made more work for myself by posing this scenario. Ugh!)

It wouldn’t be gothic horror without them. We won’t get too far into details here, but a murder victim may haunt their murderer (and anyone else nearby) from beyond the grave. You did bury them, right? No? Oh boy. 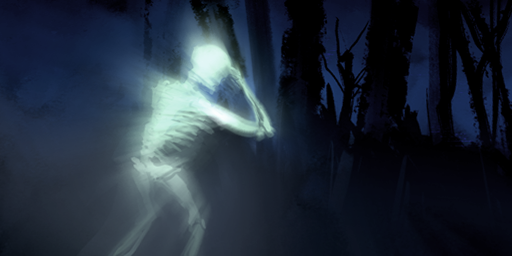