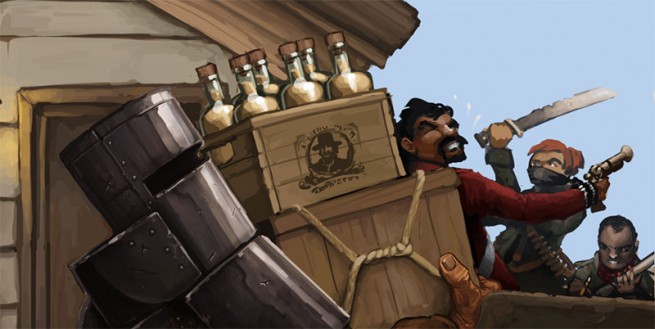 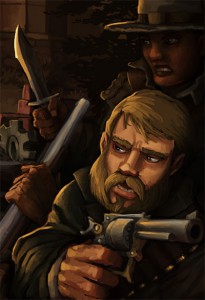 Right, so we were giving a choice that no one was particularly interested in choosing, effectively no choice at all. So there were a few ways to dig in to this: make longer-term consequences for interactions with bandits, make bandits react over a longer term to what the player chooses to do, and heck, just make the more interesting narratively. They should be characters in a world, not goblins.

Let’s start with characterization: Cults suddenly became a whole lot more evocative once they had names and the player was told what these names were. “Druids of the Black Obelisk” is terrifically suggestive about the unrepresented details and uncommunicated motivations of the cult in question, like there’s a whole layer of storytelling below the surface waiting for a player to connect the dots. Bandits could get the same treatment.

History provides us with a lot of lovely, colourful criminal gangs from the 19th century. Ned Kelly & co. are an obvious inspiration to CE, and it’s a simple matter to get a quick overview of how gangs of the period were named and turn that into something we could generate. As it happens, from the first improvement pass, bandits were already formed into group and bandits individually had names – but only first names, which is appropriate to their outlaw status. So it was fairly easy to build on this structure and name gangs after the first bandit added to a group – now a “gang” – with an added adjective + noun, thus: 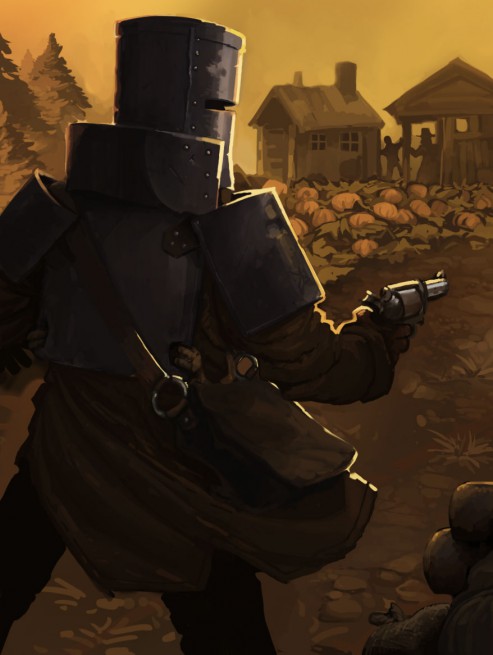 And now we have a faction relation scale for bandits ranging from the negative to the positive, and where a player is on that scale will trigger appropriate events. So for example you can increase your relations with the bandit faction by choosing to bury their dead in your graveyard rather than dumping their bodies in the woods. Or simply defeat the bandits in battle – they will respect your military prowess. From there, you may trigger a truce, and from there, bandits might supply you with some goods they “found”. Accepting such a gift may have consequences if you have a colonist organized enough to catch the discrepancy in stockpile records…

There we start tying different systems and events together by way of player choices to form something more dynamic, with build-up and consequences! Expect much more of this sort of thing.

In vaguely related news, we’re pushing patch 37B to the experimental branch in Steam. The changelog follows: 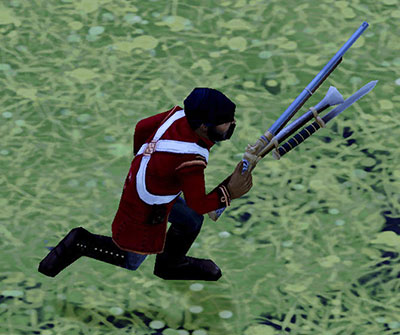 Although kinda awesome, this bug was fixed.

Let us know how it goes!

13 Responses to “The Increasing Trouble of Frontier Ruffianage”