All posts tagged with "can we borrow UI concepts from Diablo again? that worked well last time"

It’s that time of the lunar calendar again! We’re going to be putting out a major monthly patch in a few days, more info to come toward the end of the week.

As for game development news, this blog post was really tough to write because I haven’t actually been working directly on the game code in probably a couple of months now, barring my brief work enabling a new biome. 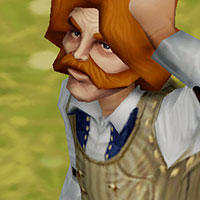 Most of the work that I’ve been doing has been the rather inglorious work of preparing revenue reports for our financial partner (Canada), preparing for taxes, product management, and other typical things that business owners need to do. Nothing glamorous or interesting as game development blog material.

One of the things I have been doing for the last few weeks, though, is quantifying the details that separate our game as it exists now from the level of polish people expect from finished games. There’s a gulf between a nearly completed game and a completed game that comes down to all the tiny details that aren’t absolutely necessary for the game to function, but these are the details that remove the necessity for the player to do detective work to play the game. In a truly great game, among a host of other things, the game will gently encourage players to do the things they wanted to do anyway in all the right ways without them having to puzzle out how. This is what we need to do to get from the bare skeleton of a game to that properly fleshed out experience. Getting there is a little weird.

Posted in Clockwork Empires | Tagged can we borrow UI concepts from Diablo again? that worked well last time, Canada is the most polite financial partner, Daniel Jacobsen: Action Bureaucrat!, management is a real place and you will go there if you misbehave, Mr. Jacobsen's Industrious Cogs, Prototype land is an exciting and unpredictable place, still not too late to pivot into a roadtrip game
4 Comments

At a certain point, game development just comes down to iteration. You build a big pile of things, and then you iterate on them.  Then, you iterate on them some more… and then some more. Eventually, after enough iterations, you get a game, or the Standard Template Library (whichever comes first.)

One of the major driving forces behind said iteration is the fact that the game is now in the hands of Real People, in limited quantities. We have done five internal test releases so far – a bit slower than I am happy with; the first four test builds mainly focused on performance and getting things working somewhat better on people’s terrible hardware (see blog post from a couple of weeks ago); the fifth test build put combat, barbers, and phrenologists back in the game, as well as turning on More Useful Features (like mining.) So what we have right now is a game buried under a shameful selection of UI failures, which we are now trying to extricate ourselves from for Revision 6. This has mainly led to David learning how to use the Doctor Nicholas Vining Patent XML UI Syntax Guaranteed to Vivify The Spirit and Improve Marriage, which has led to this:

Secretly, I think we’re all just wishing for the good old days when he would send me large Excel spreadsheets of coordinates for Dredmor…

Posted in Clockwork Empires | Tagged alignment? where we're going we won't need alignment, basically Steampunk The Shining, can we borrow UI concepts from Diablo again? that worked well last time, firearm safety violations, Fishpeople have it tough, Her Majesty's First Regiment of Foot trained for volume of fire rather than for accuracy, hey typographers- tell us what "vertical kerning" means, in other news we argued about if you can get useful wood from cacti, in other other news we watched mashups of Thomas the Tank Engine on youtube for inspiration, in this new and progressive Age it's not "fishmen" it's "fishPEOPLE", Lemarchand's UI widget, Nicholas intentionally makes up new and incorrect words for UI syntax just to drive David even more mad, our random names list could probably use a polishing pass as well, recursive fruit mod, someone let a programmer near the UI, Steampunk Jason Statham, the post title is a trick it's really just about broken UI, the UI must flow, the wonderful point in game dev where you forget that what you've been staring at for months is ugly and everyone reminds you, there was nothing good about the old days just the pain has faded somewhat, tree mutilation is more than a national pasttime
13 Comments