All posts tagged with "are you a cultist?"

It is time for the monthly update to Clockwork Empires! This month is v31, or as we like to call it, Conscript Steelcog versus THE MURDERCULT. 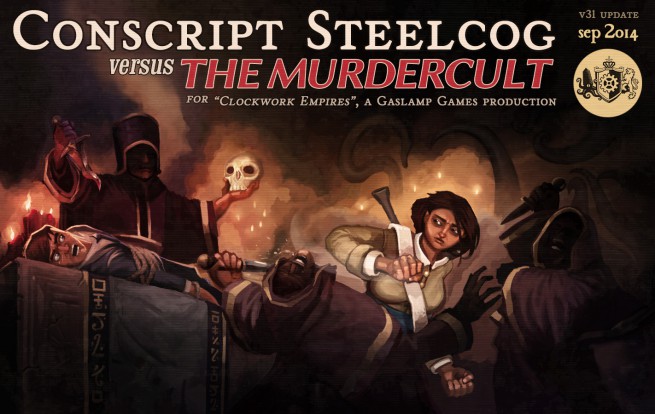 This being a monthly update, the changes will go live to every Clockwork Empires player via Steam.

We have also updated our Clockwork Empires: Development Progress report! Please check it out if you’re interested in the overall status of the Clockwork Empires project broken down into excruciating detail along with pictures of cats.

Posted in Clockwork Empires | Tagged #justcultistthings, another exciting gaslamp penny dreadful, any colonist found suffering from malaria will immediately be given a stiff gin and tonic, are you a cultist?, behold the enormous changelog of doom, why are the cultists sacrificing the man who delivers the newspapers
9 Comments