All posts tagged with "a most exquisite cabbage simulator"

Clockwork Empires is an exceedingly complex game. Each new system interacts with each existing system in ways we necessarily can’t predict. And unpredictable consequences are, to some degree, the goal of any sandbox game worth its cabbage. But there are failure states where the whole web of systems kinda slumps over to one side, repeating the same beeping noise. This isn’t interesting, so we have to poke and nudge the game back to where it does interesting things again. This is called “Game Design”.

Is that metaphor getting awkward? Let’s get to the specific example I had in mind: balancing food & farming gameplay in Clockwork Empires. This is going to go into Exciting exhaustive detail!

Farming, step one: kill anything that isn’t human.

(By the way, we’re doing the big monthly update of Clockwork Empires next week! The Development Progress page will be updated at that time. Details to be released soon.)

Posted in Clockwork Empires, Game Design | Tagged a most exquisite cabbage simulator, a patch will arrive containing a mysterious changelog - watch for the signs, aspiring to be the world's creepiest cabbage farming simulator, charcoal activated job filters, couldn't we have just made "match the three Diggles" and avoided all this mess?, hey no fishpeople this week what happened, in other news we are selling the company to microsoft for a handful of couch change and a vodka distillery in Utrecht previously owned by Steve Ballmer, it always ends up between two grain silos in the Ukraine, nobody ever made workshops like this, ukranian grain silo optimization simulator is best when you do it one grain at a time
11 Comments

Ripe for Harvest! (And the CE rev30 Update)

On Friday, August 15th Gaslamp Games is going to be launching Clockwork Empires on Steam Early Access. We’ve been hard at work stoking the boilers and polishing the cogs for the big day. If I may be so bold: the game receives noticeable jumps in quality as each patch is released and we’re pleased with how things are coming along.

We will, by the way, be updating the Clockwork Empires: Development Progress page alongside the Steam launch so you can follow along with the overview of project progress as we transition from “Earliest” to “Early” Access. (Speaking of, the latest Clockwork Empires update patch notes can be found at the bottom of this post.)

Around here, it’s not just knife-fights and musical numbers – sometimes we even do some game design! Let’s talk about what people really play Clockwork Empires for: cabbage.

(For our sharp-eyed readers: Can you find the pumpkin that isn’t a pumpkin?)

No, this is about farming actually. Farming got an overhaul and I’m going to talk about it.

Posted in Clockwork Empires | Tagged a most exquisite cabbage simulator, booze, Fishpeople have it tough, Fishpeople just want to be loved, Gaslamp Games is not West Side Story, historically accurate sparkling, poetry, we really do hope that someone grows something other than cabbage one of these days, when you're a jet you're a jet from your first cigarette to your last dying day, who runs cabbagetown, you can't eat most poetry
25 Comments 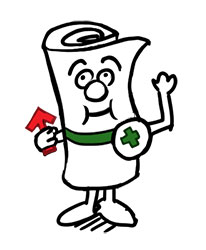 We are indeed launching an Early Access version of Clockwork Empires this summer and we want to make sure that people know what they’re going to get if they purchase the game at the first opportunity. The classic pitfall of Early Access games is for a developer to give players unrealistic expectations about what the then-current state of the game is and this is something we absolutely want to avoid doing. So yesterday we spent a couple of hours having a meeting in accordance with Traditions of Gaslamp Games where we discussed various areas of the project, how we’re progressing with them, and how much of this progress is actually visible to a player of the game.

Let’s go over over the categories discussed in detail.

Posted in Clockwork Empires | Tagged a most exquisite cabbage simulator, basically everything, Clockwork Empires actually runs on coal - stock up now, communism, cultist influence is everywhere, Dance of the Fishpeople, Daniel seriously used the word "polygenic phenotypes" when discussing military squad behaviour, Fun fact: Daniel once worked in a fish processing factory, game development real talk, giant dragonflies are not humans, grinding levels in Lua wizarding, horseshoe crabs are not humans, how would you know if you really weren't a cultist, it's not real 'til its got gables on it, knife fights, no house is complete without a picture of a criminal hanging from its rafters, occult purging squad, proclaimed CEO Daniel Jacobsen from his throne made of skulls, this is not actually a commentary on contemporary immigration issues, this one is kinda hard to tag because it's such a broad overview; just thought I'd share my feelings on the matter with y'all., tremendous piles of art, watch as a tester reports a crash bug right after we post this
19 Comments