When the needs of gameplay conflict with realism, which must win? (Spoiler alert: gameplay. And realism isn’t really realism.) 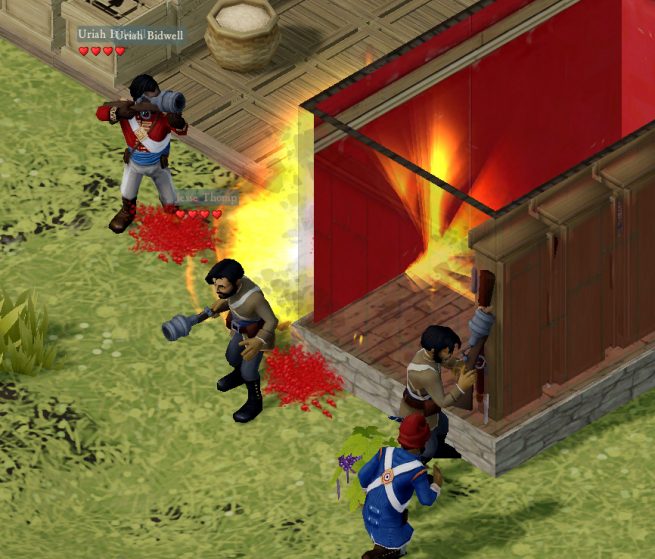 Fun with the grenade launcher.

A new player wouldn’t stumble into the weapon upgrades for many more hours than this – say 6 hours, for the sake of argument. Take a random citybuilder game like Anno 2205*; It has an average playtime of  *checks* 22 hours on Steam. Imagine if players didn’t manage to acquire a single weapon upgrade for the Barracks until they were 25% through their total experience with the game — and likely further, because this is a generous thought experiment. This is highly sub-optimal because it not only hides a kinda cool part of the game (guns gun guns!) from new players, it also sandbags the entire sense of progression through the Barracks modules by back-loading all the content. There are additional painful effects such as making Bandits and other enemies a lot more challenging than intended for a huge portion of game-time.

So what is to be done?

Guns must be made in the metalworks because of Realism. But when we’re using the word “realism” in game design, what we mean is not a realistic simulation of real life — this is effectively impossible — nor even an abstracted simulation of real life — this is not Fun. What we mean when we say “realism” is the concept of a game object or mechanic feeling consistent with expectations, of feeling narratively consistent with the rest of the game. There’s a truthiness to a “realistic”-feeling game mechanic.

The problem is, guns are made of metal. That feels true and expected. But if we lock guns up in the Metalworks, then you can’t get guns until you’re deep into the game’s industrial progression. How do we solve this?

We could provide guns some other way – trade perhaps? It doesn’t feel quite as good as crafting them yourself, however. So while we did add a few places to acquire gun upgrades outside of industry, we don’t want that to be the primary solution.

Why not make some guns that don’t require metal? Sure, it sounds silly at first, but we can make this “realistic” – it’s all in how we sell the idea. And heck, historically, guns were made out of stupid things like wood slats bound together that shot stone bullets. So why not?

So, first: default pistols are described to be “standard civilian sidearms” which “require no special ammo”. This way the game-world acknowledges that although these are firearms, they are common among civilians and therefore outside of the military supply chain. And though they use ammunition, supplying said ammo is beneath the concern of the player and all neatly abstracted away. This Is Fine.

The next level weapon is the musket. This was renamed “improvised musket” and the description implies that civilian pistols are used as a base and somehow modified to turn them into crude musket-analogues. This builds on the abstraction, but justifies in game-terms that you can do this in a mere Carpentry Workshop using simple planks. Next is the Tripistol – a single triple-shot three-barreled pistol. It is renamed the “Ceramic TriPistol” and also implied to be modified from civilian pistols but somehow requires ceramics. Maybe it’s a really stumpy, thick pottery vessel that shoots a load of crude buckshot? Whatever the case, it gets the job brutally done and acts as the next upgrade and requires only a Ceramics Workshop.

By switching up the descriptions and item names a bit and adjusting costs to reinforce their flavour, we’ve opened up weapon progression to the early stages of the game. Now you can start upgrading your Barracks almost as soon as you finish a Carpentry Workshop! And it feels good to make this investment – and it is quite rewarding when you use your new albeit crude weapons to blow away some thievin’ Bandits. 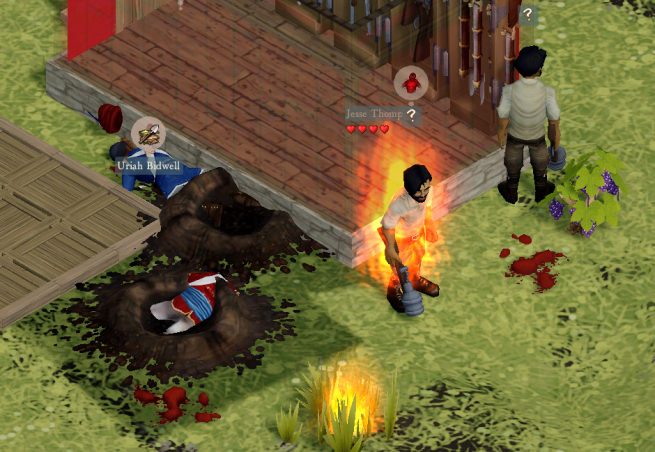 Almost any gameplay device can be made to feel “realistic”; It’s just a question of making the rest of the game support the truthiness of its own world-building. And bringing progression mechanics that were hidden in the mid/late game into the early game can be a very nice hook to get new players into exploring seemingly obscure game mechanics.

[*Chris has observed to me that combat is an endgame activity in the Anno series for reasons that make sense for the Anno series. The general point still stands that Clockwork Empires seeks to make combat a part of the entire gameplay arc therefore it makes sense to integrate combat progression earlier vs. what Anno is trying to do. And regardless, the point stands as a general rule for game design! Good talk.]

Posted in Clockwork Empires | Tagged Clockwork Empires will be totally historically accurate, historical accuracy, Is this a bad time to bring up a series of fascinating historical asides to do with Bismarck's reforms of 1883/1884?, this message brought to you by the Ministry of Truthiness, Uriah Bidwell and the fantastic wonderful grenade launcher
8 Comments

8 Responses to “Gameplay vs. Realism OR Guns Guns Guns”