The project I’ve been meaning to tackle for awhile now has been the process by which buildings and modules are placed in game. In the original version of Clockwork Empires, buildings were not intended to be placed by dragging and dropping rectangles. Rather, they were placed by tracing an outline with line segments. While this let you create interesting buildings and all manner of terrifying Euclidean geometry, this also introduced problems: you could only attach a module to a building at a 90 degree angle, so it would be possible for players to create buildings that they couldn’t attach a module to, etc., etc. At a different junction, modules were only ever placed *outside* of buildings. At some point in development – I think in the middle of 2013 – we collectively decided that we needed to be able to have characters go inside of buildings and interact with the contents directly, which is something we originally didn’t want to do because it opened up many cans of worms. After several rather painful iterations, we ended up with the system that we currently have today.

The system that we shipped had a number of problems. The following is a short list, off the top of my head: 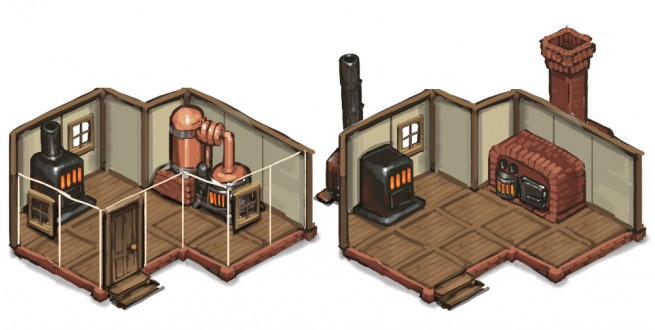 The first CE concept art for building interiors — this is when we decided it was possible.

I have sort of known that a full scale rewriting campaign would be necessary to get these things dealt with in order for us to ship Clockwork Empires, but the time had never been right until the start of this month when I finally snapped and decided to start rewriting things from the ground up. I made a few key architectural changes:

I’m hoping to get the first version of this deployed into the experimental build stream early next week, so that we can bang on it for a couple of weeks and get all the bugs out. As building things is one of the key feedback loops of the game, it’s hugely important that it feels fast, fun and responsive. 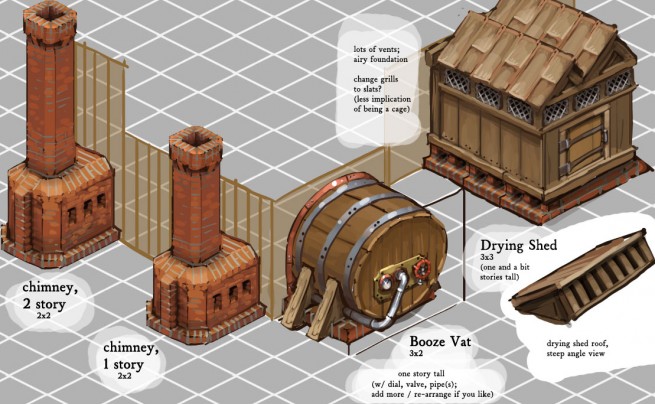