Clockwork Empires December Update: THE BUREAUCRACY MUST GO ON!

We hope you’ve filled out all of your forms correctly, because we’ve just requisitioned – 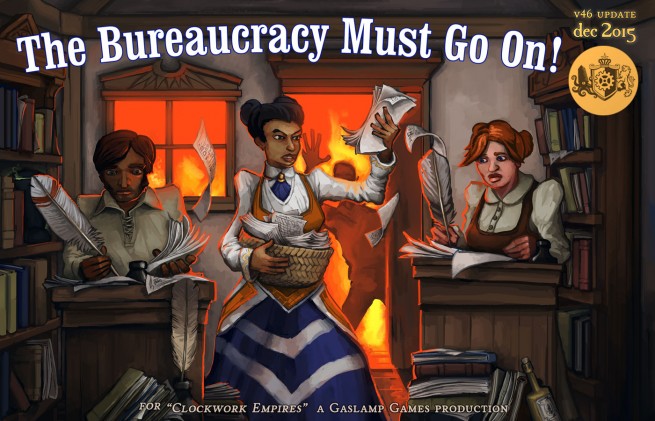 Posted in Clockwork Empires | Tagged bureaucracy-themed updates, ceci n'est pas un bandit, fire, fishpeople still care not for your paperwork, how do you know you're not holding a bandit?, the bureaucrat is literally in the middle of some important paperwork right now, the illustration was basically what I did last week in RL, the terrifying shoulders of vulpenia shinlock, who run paperwork town
2 Comments

2 Responses to “Clockwork Empires December Update: THE BUREAUCRACY MUST GO ON!”