As we build up to release, we must consider and balance gameplay difficulty as a whole given the set of game mechanics features we are working with. There are not only multiple axes upon which difficulty might be defined – and upon which gameplay mechanics operate – but also a diverse spectrum of expectations and player-types to consider. 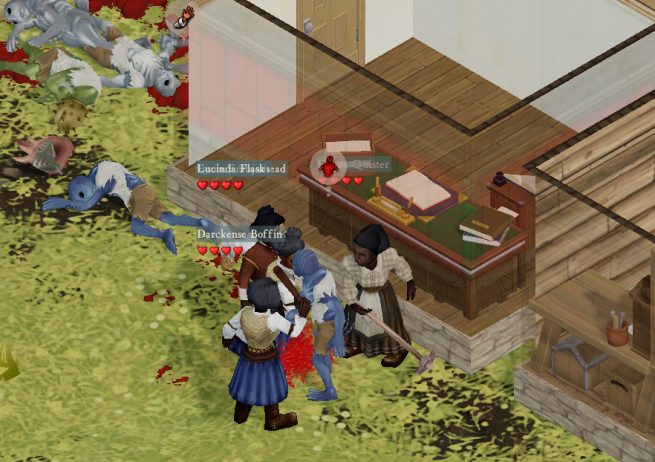 On the one hand we have combat-hardened veterans of the Frontier who have sunk hundreds of hours into Clockwork Empires. These players derive grim pleasure from deconstructing our systems then optimizing them for maximum in-game effect while rampaging cannibalistic cultists tear each other apart amidst volleys of gunfire. On the other hand, we have players who just bought the game (or will soon buy the game) who are mostly fascinated by watching their colonists live little lives and decorating houses. Both players have legitimate needs! If a swarm of fishpeople busts into this latter fantasy and eats everyone, that player gets really upset. If a swarm of fishpeople doesn’t bust into the fantasy of the previous player type, they get really upset. And everyone is upset with us if we do any of this without giving proper warning.

So there are some questions to answer here, and it’s not as simple as it was for Dredmor where we put in buttons for “easy”, “medium”, and “hard” plus a toggle for permadeath. Clockwork Empires has a rather more diverse range of mechanics in play vs. more diverse player types – and a lot more systems complexity.

A player must be given the information they need to overcome a challenge in the game. If this is to do with low-level game mechanics, it is simply a matter of good UI to provide information like “The Barracks is out of ammunition”. If we created difficulty by making that information inconvenient or tedious to acquire then we’d fall into creating unfair challenge that isn’t within the fair terms of gameplay.

A lack of information can be useful – and fair – when it’s appropriately high-level and within the arena of gameplay. For example, we don’t tell you exactly what cultists are getting up to – finding out and countering them is a legitimate challenge. There is also follow-through involved here: a player should be told why they failed a challenge (or why they succeeded) so they can better master the game. Or failing that due to the inevitable Doom of facing the latest Eldritch Horror, at least we can provide a fuller sense of the narrative at work. 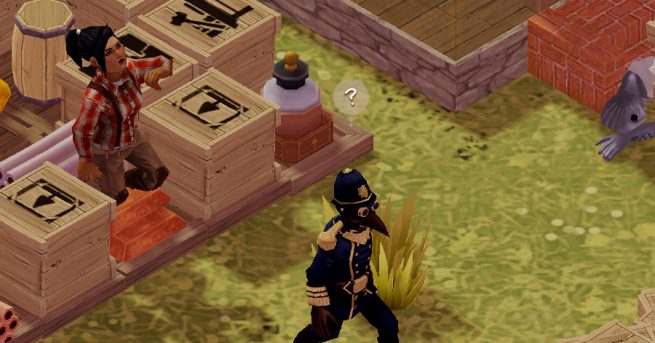 Nothing to see here.

We want to be sure that players opt-in to difficulty rather than accidentally fall into a pit of spikes. This relates to our “no tornadoes” rule – if something is going to blow up your colony, we’d like to make sure it’s something you either asked for or were given ample warning about.

Certain major cult events follow this rule in a broad sense, though they must skirt around the details a bit to lend the game a sense of mystery. If we simply said “in X days if you don’t do Y then Z will happen” then it wouldn’t be much Fun at all.

Instead, a somewhat longer process takes place: Hints are dropped that this character is upset for such-and-such reasons, if only you built a Chapel or a Pub or cooked some nice food. If left upset, characters can switch to a new behaviour state which creates an explicit pop-up alert – more warning. If left unresolved, certain events will start drawing upon characters in these exceptional states, sometimes scaling up in magnitude of effect. These will also create alerts. Not only does this allow a player to (try) to avoid certain consequences, the warnings provide a narrative build-up TO said consequences.

The design counter-challenge is that it is theoretically possible for a skilled player to succeed at the game so well that they nullify all organic challenge event sequences. We don’t want to force skilled players to sandbag their own play to see neat events, so this is where higher levels of difficulty opt-ins become useful.

This is a straightforward matter of scaling challenge to player success. If a player is doing well, their colony can absorb more punishment. If they’re doing less well, we should generally ease up a bit. Much of this is already done behind the scenes, particularly concerning the number of enemies one meets in the game.

A subset of this question is allowing players to lose – a game rigged to kick you when you’re up and help you when you’re down becomes less interesting when the artifice of the situation becomes obvious. There comes a time when we should “encourage” a player to lose and start a new game rather than drawing out a slow, boring death-spiral. Various mechanics already encourage this, such as colonists becoming upset at combat and death and becoming more likely to engage in extreme behaviour. Spreading fire is occasionally the most terrifying enemy a player can face. 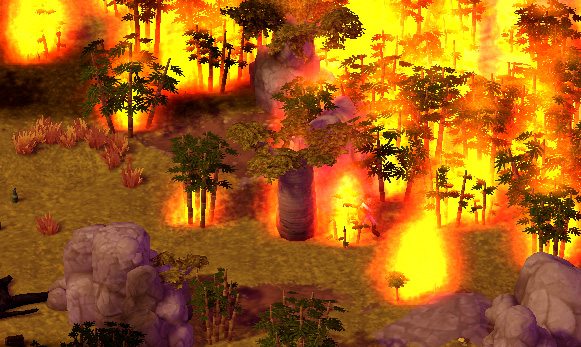 Overall, we – well, Chris mostly – are taking a step back and gauging the arc of a complete game of Clockwork Empires as a unit. Some bits need speeding up, some slowing down, some more difficulty, some less, and there need to be some juicy bits buried at the end to build up to experiencing. The obvious part of this process is adjusting the mechanics that must be contended with, but there lies a vast and subtle experience of UI which channels information back to the player to complete the gameplay loop and determine everything that the player believes is happening. And this, I contend, is rather more important than whatever actually happens!

We’re pulling it all together as we speak.

11 Responses to “Providing The Challenge”