To the Foreign Office!

Our event framework has been in need of enhancement for a while. It is a fantastic framework, but as we add more content we realized that there are a few things we are using it for that are better implemented using some additional systems. Specifically, how players are allowed to interact with different factions and giving the player tools to change their standing with those factions. We wanted to give players a physical control point for all of this (rather than having to use randomly timed events as a control point) so we’ve implemented the Foreign Office. 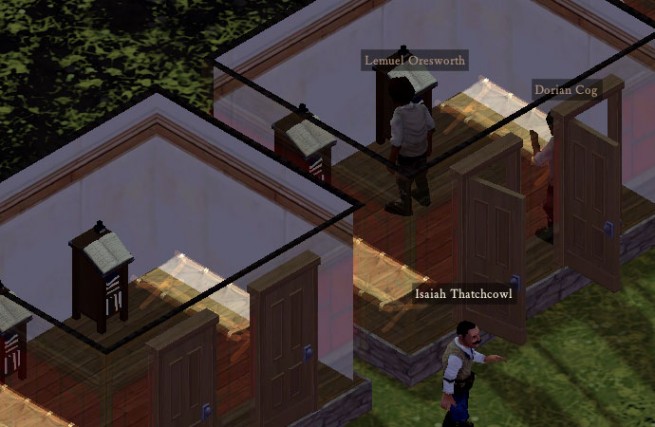 The Foreign Office is where the player can actually change how other (human) factions feel about them by employing work crews who toil away filling out forms for various requisitions, award applications, and bureaucratic minutiae in order to generate large enough volumes of paperwork to complete diplomatic missions. Just like in real life. With the Bandits, this might be requesting/forging official papers, intercepting trade convoy information and giving it to them in exchange for improved standing, or setting up an uneasy truce. For dealing with the Empire, we already have the prestige system which was intended to be used like this in the first place, so we’re pushing the prestige/favour content into one filing cabinet of the Foreign Office.

The event system will be used for all of this, but we’ve broken it up just a bit and provided a new access point. What we call recurring passive events (scripts with either no dialogue box or just an “Okay” button) and recurring active events (dialogue events with a player choice) will still happen, and they’ll be largely contingent on the player’s standing with a faction. 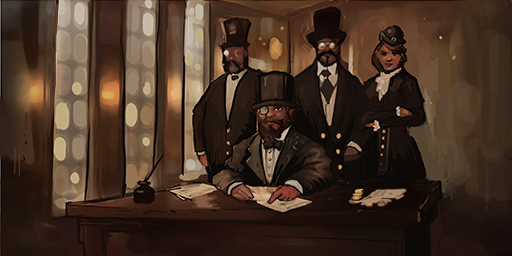 Yes yes, this paperwork is all quite jolly.

For example, the Bandits will raid you if they don’t like you and the Empire will become offended if you get too close with the Bandits.

We’re also planning on reducing the scope of the current globally accessible “Factions” window a little. This change isn’t live yet, but we will be making it smaller and including only the list of factions players have encountered or are already known to them, along with their current standing with that group. If players have built a foreign office, the window will provide a link to the foreign office window. If not, it will suggest players build one if they want to change their standing with the foreign groups.

8 Responses to “To the Foreign Office!”