Suddenly an UPDATE appears! We’re on to v35, filled with mostly a bunch of completely random little things which aren’t easily summarized in a tagline. But we assure you, they probably won’t explode! Unless they’re meant to. Onward- 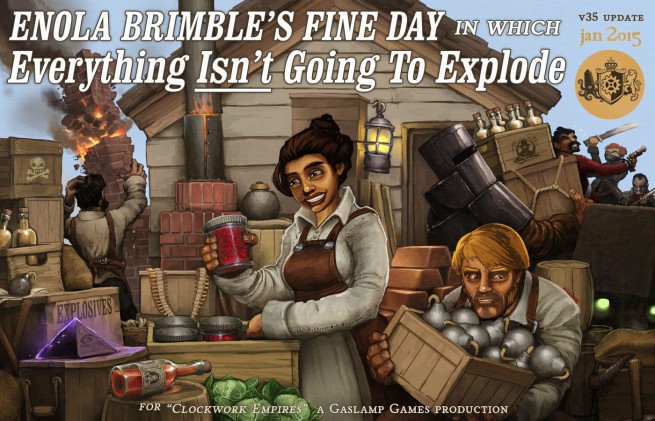 Have fun and let us know through our portal or forum if anything explodes that shouldn’t explode!

Posted in Clockwork Empires | Tagged attempted to remove 'meat punching' again but life finds a way, changelog may not include things we did while hung over after new years, characters still half-crazed and volatile don't worry, dust, dust rebalancing, dust refactoring, dusting, ignore the shadowy looking bandit stealing all your alcohol, next patch: "enola brimble turns out to have been wrong about everything", prying characters from the grip of the strangely powerful chair lobby, there's a new drug on the streets of the city and it's called "wooden chair", this is a very badly organized stockpile but oh well, tiny bombs for quag'garoth, we had a bunch of weird bugs related to eating apparently, we'll have to wait til next week for the cabbage charts, what is in the jar enola
9 Comments