Once again the wheel turns. The Time of Change is upon us. Those who are unready will fall defeated while the once-humble may ride chaos to reign victorious!

By which I mean we’re moving the Gaslamp offices again. That’s pretty neat, right? Let’s look at pictures of boxes. (There’s a changelog for the experimental build which should be coming out today at the end of this post, so if you want game-relevant stuff you’re going to have to look at our silly moving pictures.) 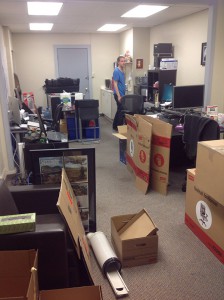 Daniel is SO excited about packing up all of our paperwork. 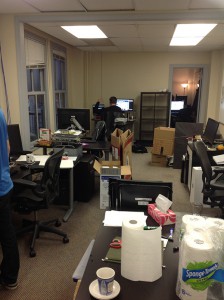 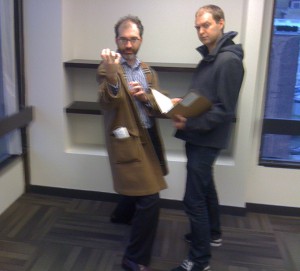 Meanwhile, in the new office: Daniel reads the Unreadable Runes from The Nameless Tome as Nicholas summons its power of Black Magic. 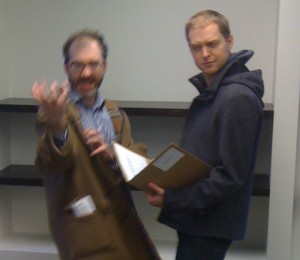 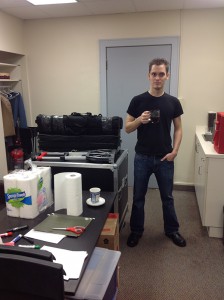 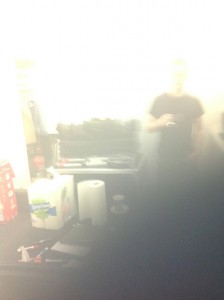 So that’s happening and it’s why we’re phoning in this blog post.

(There are some fascinating game design discussions to be had, it’s true, and you can see some important changes below, but they’ll have to wait ’til another day.)

Oh, you wanted to hear about Clockwork Empires? Fine, fine …

This should be going up on Steam before the end of the day. Enjoy! (And let us know how it works out.)

So apparently my attempt to embed this video in the newsletter mail thing failed. So let’s try this again. Want to watch Daniel and I play our own game and mess up? Check out it out:

Posted in Clockwork Empires, Gaslamp | Tagged cardboard is the worst spell reagent, considering phones these days "phoning in" a blog post could actually work pretty well. And now I feel old, David has been listening to too much viking metal, froda's jump discontinuity put all our computers into a canal, our attempts to carefully ration coffee to run out at the appropriate time failed send help, powerful spells of wizard teleportation, ring ring ring lingonberryphone, the black insurance rider rides again, the nameless tome just contains our insurance rider, why do we do this to ourselves
10 Comments