It is time once more for the monthly update to Clockwork Empires! We are now at v32, or as we like to call it, Midnight Defense at Skullswamp Arsenal. 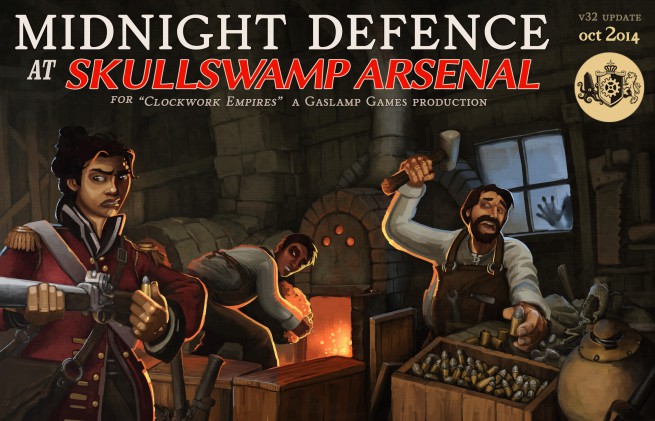 We have also updated our Clockwork Empires: Development Progress report! …  (Once it’s up it will provide a look into the high-level status of the project in excruciating detail. There are also pictures of cute animals.) Update: We found him! It’s all working now!

MacOS and Linux users: MacOS and Linux compatible versions of the game will be released before the end of October; we shall inform you post-haste when they are available via Steam!

That’s just a taste, we fully expect through playing the game you’ll discover a lot of little things that make playing the game easier (and at the same time, perhaps, rather more challenging as well).

Posted in Clockwork Empires | Tagged another exciting gaslamp penny dreadful, behold the enormous changelog of doom, did not fix: carried corpses look like rainbows in character portraits, quantum stew, yes we checked the hotel roof, you have to hammer the bullets
8 Comments