A Clockwork Empires update has been awakened from its aeons-long sleep! We present for you: 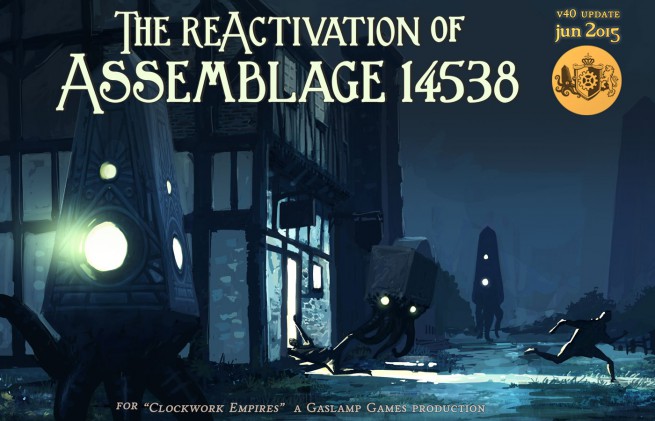 Posted in Clockwork Empires | Tagged basically a steampunk version of the movie "Tremors", Das Großherzogtum von Stahlmark, foreigners are not actually eldritch horrors no matter what Lovecraft might have thought, foreigners look like normal people wearing funny hats, gabions are a Republique trick, La République Mécanique, meddling foreigners, not to be confused with Assemblage 23 of course, Novorus Imperya, obeliskians turned half the countryside to evil dust, short discussion had about whether "Deathwurm" was one word or two; decided that two begs question of what other Wurms exist and what being Death might imply
5 Comments

5 Responses to “Clockwork Empires June update: THE REACTIVATION OF ASSEMBLAGE 14538”